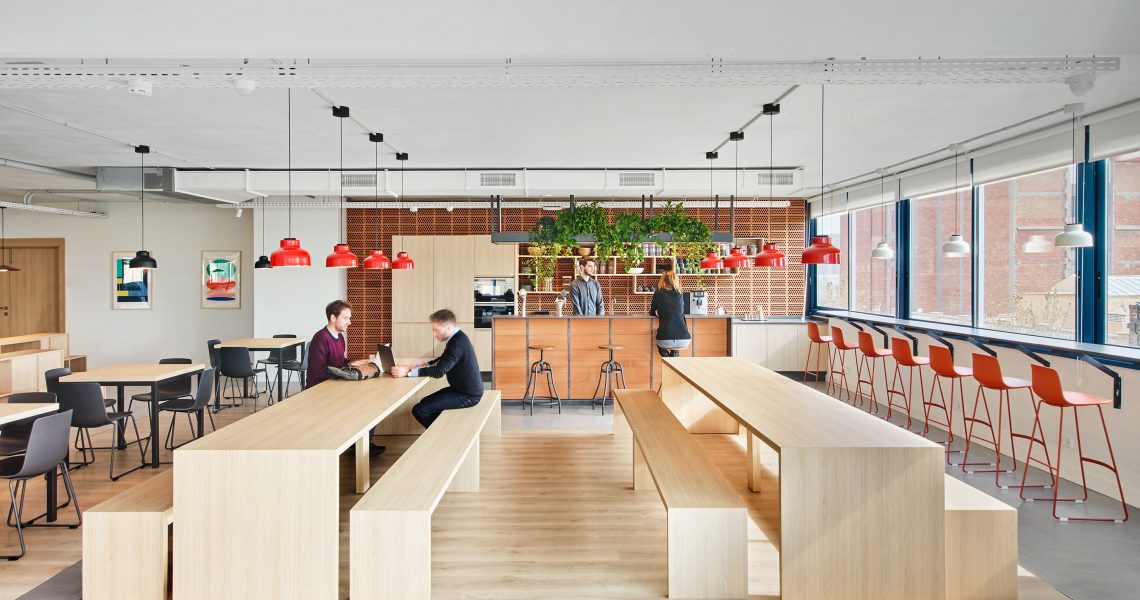 Blog. Aesthetics and well-being in workspaces

The greatest virtue that architects and designers possess is their ability to improve people’s lives. Today, 54.5% of the world population lives in cities, and spends 80% of their time inside buildings, so we could call ourselves “users of interior spaces”.
As such, architects and designers must focus on user well-being when creating interior spaces, especially workspaces, because these are where we spend most of our days.

According to a recent survey by the company Sapcestor, 81% of workers consider office design one of the reasons they would decline an offer.
When we were children, we all loved junk food like industrial baked goods or sugary drinks, but fortunately, there has been a process that has heightened society’s awareness and we’ve learned to distinguish junk food from healthy food: we can clearly identify food that is beneficial or bad for our health.

A pleasant workspace is also vital

Applying this example to architecture and workspaces, we haven’t exactly seen the same evolution of awareness. Although humans naturally gravitate towards pleasant and healthy places in order to feel good, most of our offices do not reflect this tendency.

Imagine a room with a rectangular floor plan, low ceilings and painted completely white, with no windows and only artificial light on the ceiling. In other words, a fairly neutral space. Several experiments have shown that after working in such an environment for eight hours a day, users begin to experience headaches within 24 hours, and note increased stress and reduced concentration within a few days. Over time, they become depressed, losing all motivation until they burn out. A lack of stimuli in the environment in which we work generates atrophy in the mind just as it does with muscles that have been inactive for a long time.

In the 1930s, the “big box” model began to gain global ground in architecture. This type of design included closed spaces that served the same purpose, be they factory or office. These mundane spaces featured on artificial light and air conditioning to maintain a homogeneous and controlled environment, avoiding contact with the outside. These “submarine” type spaces were very similar to the white room we previously mentioned and unfortunately, they are still standard in many of the skyscrapers and office buildings in our cities.

We need to become more aware of how sensitive we are as humans to everything around us. The design of the workspace, its distribution and its aesthetics, as well as its operation, are factors that directly influence users’ mood, concentration, collaboration, creativity and therefore, their performance.